Chatting with the Voice Actors of Ice Age: Collision Course 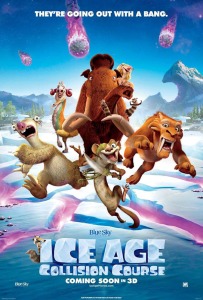 If you’re a fan of the franchise Ice Age, then you need to watch this new chapter, Ice Age: Collision Course (20 th Century Fox). It all starts when the squirrel Scrat involuntarily causes a space accident in his relentless pursuit by the nut, causing a meteor enters on a collision course with Earth, threatening the home of Manny, Diego, Sid and their families. Not knowing what to do to reverse the situation, they will have to rely on Buck, one of the group that actually has a plan to avoid the tragic end of all. Also, Manny and Ellie have to deal with a grown up Amora and her wedding, while Diego and Shira think about raising a family and it seems that Sid will finally find love.

This is the fifth installment of this successful franchise and is directed by Galen T. Chu and Mike Thurmeier. I was invited to attend the press conference at a hotel here in Los Angeles a few weeks ago with actors Ray Romano, who voices Manny, John Leguizamo, who voiced Sid, Queen Latifah, who is Ellie, and Wanda Sykes as Granny. They spoke about returning to their characters, new developments in the story, apocalypse kits, and much more.

We were wondering if you guys got to bounce off ideas with one another in the same recording room?

John – I tried in Ice Age 2 but it didn’t work because we all started talking over each other and they couldn’t separate the tapes si they had to throw it away.

Queen – Last time I remember seeing any of the voice actors at the studio was in the first movie I did which was Ice Age 2, and I haven’t seen another person in the studio since.

John, how do you feel that Sid finally got a girlfriend?

John – Finally!!! I got to link up and schmooze. And she’s hot, too. Because that Francine was high maintenance. She was a pain in my… sloth butt. 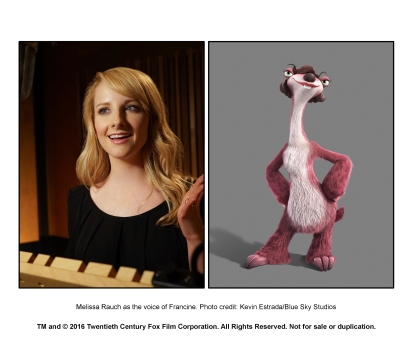 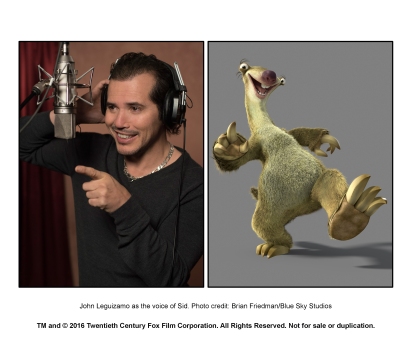 How do you feel that doing these voice roles has helped you as an actor since you are doing alone on the recording booth?

Ray – It’s another skill you’ve gotta develop. I’ll tell you that. From the beginning it took me a while to get used to moving, to emote without being able to emote with your body. I don’t know where that helps you in acting but it is another skill.

John – But do you think being a stand-up comedian to helped you do the voices because you’re used to being in front of a mic by yourself.

Ray – Yeah, but you’re still feeding off the audience then.

John – You’ve got the crew. You can make them laugh.

Ray – Yeah. The crew is there.

John -They’ll laugh. It’s complicated at first because there’s no (finished animated film to watch). And then they draw according to your emotional cues, but you have to feel free. It takes a while to feel free. Then it’s great. You’re by yourself and no one is nagging you.

Ray – And you don’t gotta get dressed. 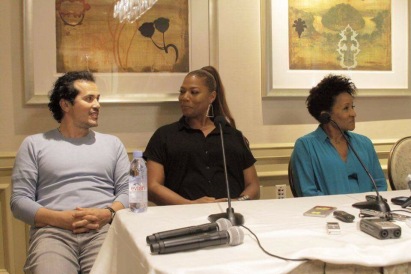 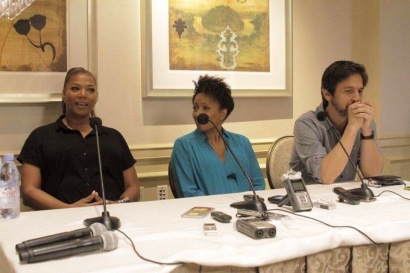 Do kids come up to you once they hear your voices?

Ray – I think the parents usually tell the kids first. It could go either way then.

John – It always goes bad for me. Because Sid is a cute character and then kids see me and they’re horrified. I try to warn dads that it’s not going to go well — that this has happened before. I do the voice and the kids get freaked out.

Ray – They’re not putting it together. But then there are kids that are fascinated by it. It goes either way, but it’s fun.

Wanda – I’m excited to see how this one happens because the first one I did my kids were too young to get that I was the voice. They didn’t believe me, so for this one they are older enough.

Since you guys have done lot of these movies do you pop in a previous movie to remind yourself where you’re at when you are about to start the next one?

Ray – Well, I’ve always had this one line from Ice Age 1 that gets me back in character. And that’s when Sid is telling me they’re migrating to the south and I’m going north and I just say, “I’m not going, Sid.” And I just say that over and over.

Queen – I just say, Manny. Manny. Manny!  MANNY! with a real kind of nasally voice, repeating “Manny” over and over because I’m always saying it. And that kind of lets me back in the family again. 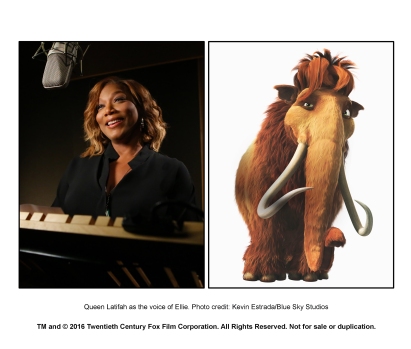 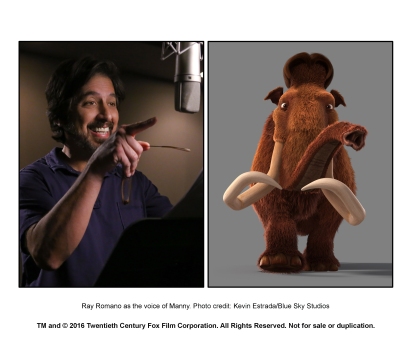 But you never tire of playing Ellie?

Queen – It’s almost like a magical thing that comes from the pipeline, “They’re talking about another Ice Age” and then seemingly magically it comes together. Everything works out and it’s time for you to start making it happen. It’s exciting because I’m going to be a hero to my nieces and nephews again who call me “Auntie Elle” for months at a time. And it’s something that lives with them. I mean we’re all really talented actors and we can make the most R rated, raw — we can go there, but to have something we can give to the kids (is great). They’ll grow up remembering the Ice Age movie they saw and where they were and what the popcorn was like and who they went with and that’s really cool.

John – I’ve met 20-year-olds who grew up with Ice Age now. They were five when the first one came out and now they’re grown people. I was a lot older than 15 when this started.

When you go into the recording booth you have to drop your vanity. Was there a specific line or reaction that was just a challenge to you in any of the films?

Ray – There’s always a line that feels weird coming out of your mouth. You got a little leeway. You can change it up a little. My character isn’t very open for improv but John’s character Sid is extemporaneously shouting stuff. Do you wing some go that in the studio?

John – Yeah! We do a little improvisation. I mean the lines are pretty funny the way they’re written, but there’s still room to goof off and ad lib because you’re right my character yammers so I can yammer away any garbage. Then they’ll clean it up later.

Manny is pretty freaked that daughter Peaches is getting married. Ray, your kids are the age where they are starting to bring people around that may or may not be auditioning to be a part of your family. How are you handling that?

Ray – Well, my daughter is out of the house for two years now already but, when she was in my wife was in charge of hating the boy she brought home because my wife had an issue with every guy. I’m kind of over-protective too but I also cut them a little slack because I was a guy like that. I was a slacker. I was a guy without a job. But I knew if he’s a good guy or not. But when they leave (home), like what Manny is going through, I relate to it. It’s rough but I’ve got three boys who are not going anywhere for a long time.

John – Well, Ice Age is all about family. The beautiful thing is that it’s different species can make a family. It doesn’t matter where you come from which is the more beautiful message of it all. It’s loyalty. Not blood.

Cool! Have you guys ever used your character voices outside of the films?

Ray – I had to leave a voice message once as Manny. 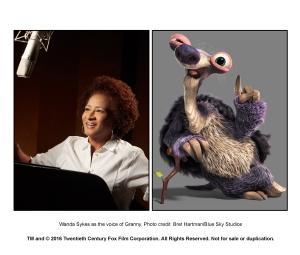 This movie is about apocalypse. Do you have an apocalypse kits? If so, what do you have in them?

John – I live in New York so I do have one. Because we have the hurricane Sandy, we had a lot of stuff, September 11. I have an inflatable caique for four people, hazard man suits and gas masks.

Queen – I have one and it’s called the bible.

Wanda – I need to update my kit because I have one for before kids and I need to do one for after kids, because the ones before kids is basically a flashlight, water, weed and wine.