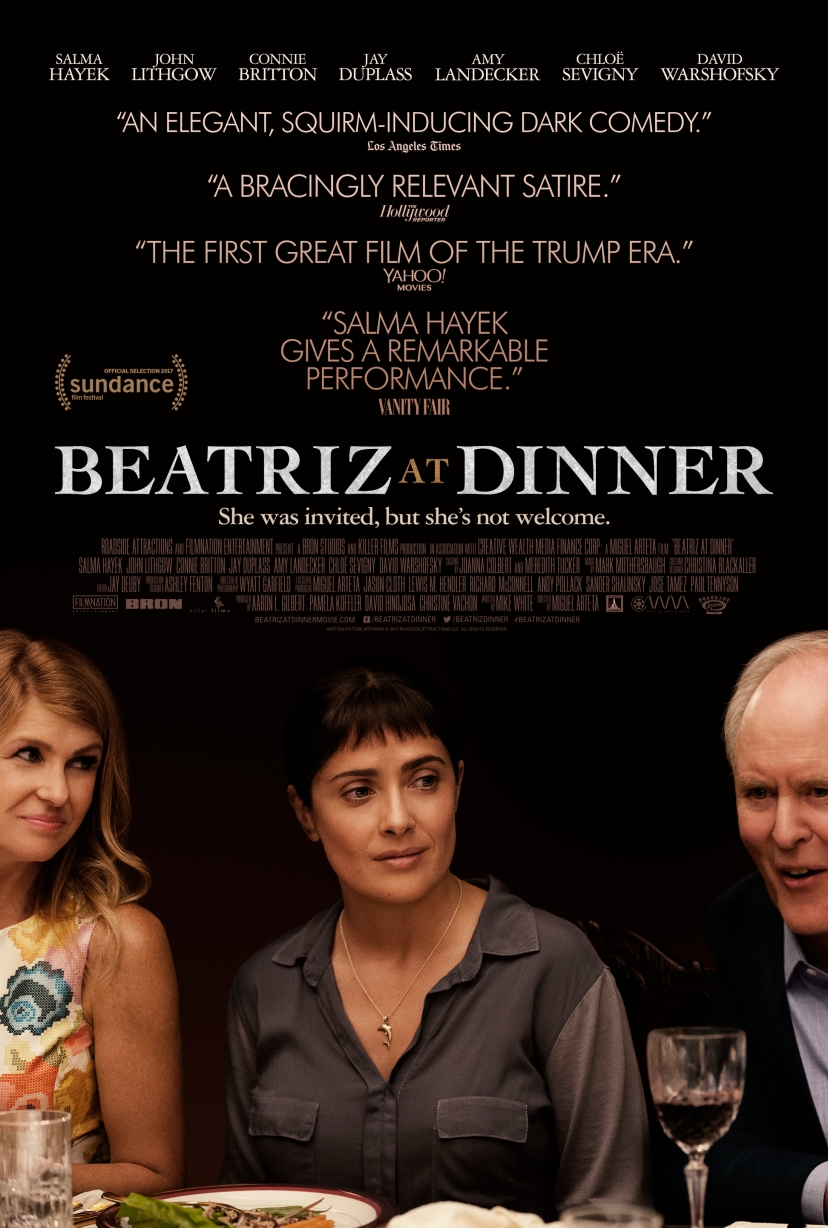 Beatriz, played by Salma Hayek, an immigrant from a poor town in Mexico, has drawn on her innate kindness to build a career as a spiritual health practitioner in Los Angeles. Doug Strutt, played by John Lithgow is a cutthroat, self-satisfied billionaire real estate developer. When these two opposites meet at a dinner party, their worlds collide and neither will ever be the same.