ELENA OF AVALOR: REALM OF THE JAQUINS available in DVD 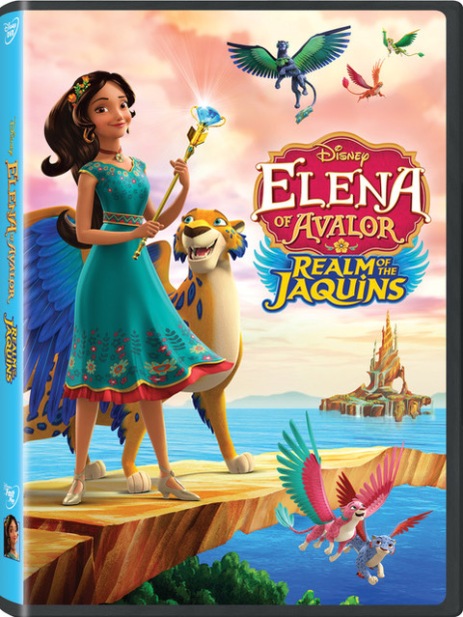 On August 7th, you can bring home ELENA OF AVALOR: REALM OF THE JAQUINS. Join Elena as she travels to the magical land of the Jaquins! The DVD also includes 10 bonus shorts that you will love it!

Join Crown Princess Elena as she soars through a hidden gateway into Vallestrella, the mysterious, dazzling domain of the jaquins. On the way there, she accidentally releases a mythical forest sprite that could endanger Avalor! Now Elenamust find the jaquins’ magical, legendary Sunbird Oracle to save the kingdom!

There are 3 episodes: Realm of the Jaquins (44-minute episode); Three Jaquins and a Princess and Shapeshifters.