Actor John Ortiz tells what attracted him to REPLICAS 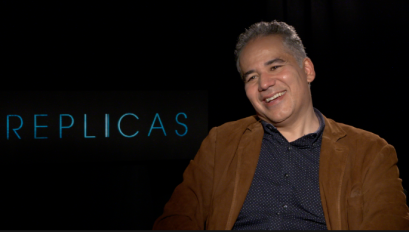 REPLICAS hits theaters on January 11 and follows a neuroscientist, played by Keanu Reeves, who is working on re-creating the human brain in a robot but a tragic car accident kills his entire family. He uses his work to replicate his family members as clones of his wife, portrayed by Alice Eve, and kids.

The film also stars John Ortiz who has been having a successful career. He appeared in American Gangster, alongside with Denzel Washington e Russell Crowe, Kong: Skull Island, Steve Jobs, just to name a few . John is also in another movie in theaters right: he can also be seen in Bumblebee as well.

I sat down with him a couple of weeks ago to talk about his character Jones, what attracted him to the movie, and more.