Dora’s going on her biggest adventure yet!

The biggest adventure of this summer DORA AND THE LOST CITY OF GOLD is hitting theaters this Friday, August 9!!! ¡Vámonos!

In Miami, our correspondent Mariana Medina had the opportunity to sit down with talented actors Eugenio Derbez, who plays Alejandro Gutierrez, and Eva Longoria, who portrayed Dora’s mother. They chatted about being in this film, family, how much Isabela Moner is perfect for the role, and much more.

Directed by James Bobin, the film follows Dora, who spent most of her life exploring the jungle with her parents, but nothing could prepare her for her most dangerous adventure ever, the High School. Always the explorer, Dora quickly finds herself leading Boots, a monkey and her best, Diego, a mysterious jungle inhabitant, and a rag tag group of teens on a live-action adventure to save her parents and solve the impossible mystery behind a lost city of gold. 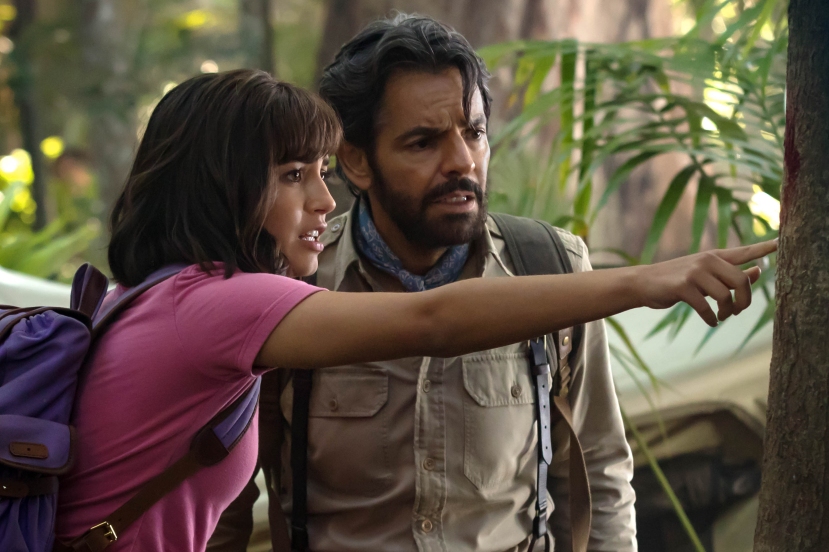 Isabela Moner and Eugenio Derbez star in Paramount Pictures’ “Dora and the Lost City of Gold.”